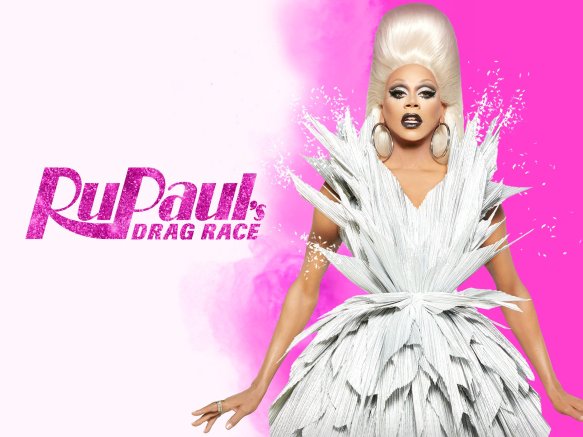 I have no idea what took me so long to start watching RuPaul’s Drag Race. Honestly, I’m sort of an idiot for waiting so long. I love reality TV, especially competitions. For years, I recapped Project Runway, ANTM, and The Bachelor right here on this very blog. This show was practically tailor made for me.

Then again, there are certain advantages to having delayed my viewing gratification: I have never binged a show with more gusto. I plowed through 10 seasons and 3 All-Stars in about four months. Do the math people. Suffice it to say, I didn’t “go out much” in those months.

The first season I watched was Season 10, which is ridiculous. I had no idea what was going on. When I first saw Michelle Visage, I thought she was a drag queen. (#oops.) In the beginning, I was like a 2-year-old in a doll store, pointing to all the queens and going, “Pretty!” and clapping my hands and saying, “Again! Again!” Eventually, after watching a few seasons, I began to fancy myself an expert, saying shit like: “Her waist needs to be cinched” and “Guess she can’t afford a lace-front wig” and “She’s painted for the back of the room.”

Strictly as a TV show, RuPaul’s Drag Race is the best of all reality TV worlds combined. We have these insanely talented people performing insanely challenging tasks. But we also spend enough time with them to really get to know them, almost like a Big Brother type deal. RuPaul herself is a master of marketing, so the show has that comforting, repetitive formula so essential to good reality TV: Every season we know we’re going to get a Snatch Game, and a Makeover Challenge, and a Drag Ball, and a reading challenge. . . because reading is what?! Fundamental!

But for a cisgender, middle class, middle-aged white lady like myself, the show is also an entry into a really rich subculture. Drag culture has its own language and its own rituals. I now know about “fish” (a misogynist term, for sure, but so built into the drag language, it’s divorced from its original meaning) and “reads” and “Drag Mothers” and “drag balls” and the (crucial) difference between “kiki” and “kai-kai.”

One thing I think about a lot when I watch Drag Race: Gay men are just the motherfucking bomb. Seriously. I think a lot about the generation of gay men we lost to AIDS and the incredible contributions to art, theater, design, and culture the world was deprived of. Seeing these queens do their thing, I’m in constant awe at the combination of beauty and creativity and humor and survival skills they all possess. I’m a fan of every queen to ever set foot on that show, but here are my 10 faves—and why. 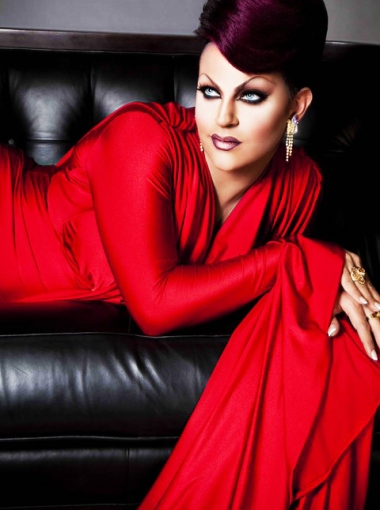 I tend to have a soft spot for the showgirls (see: Roxxxy Andrews at number 5) because they’re at a slight disadvantage on the show (you have to be seriously funny to survive on Drag Race—it also helps if you can act) and I find their commitment to excess and bling inspiring. The thing about Shannel is this: She’s notorious for having complained a lot during Season 1 that she should’ve won more challenges—but THE BITCH WAS RIGHT. She came into the show as a bit of a frontrunner, having already established herself as a very successful queen on the west coast. The judges, knowing how polished she was, seemed to be grading her on a higher curve. The fact that Shannel didn’t win both her makeover challenges—in one case, she elevated the look of adorably pocket-sized queen Ongina; in another, she took a bald, butch female MMA fighter and made her a glamazon—is a freaking travesty. And seriously? I would’ve just stopped the show, called it a day, and put a crown on her head after that juggling routine. I still have a lot of rage stored up against the judge Santino for arguing that Shannel didn’t have good taste. She’s a Vegas showgirl, Santino—you were expecting black pumps and a LBD? (Also Santino? The East Village in 1988 called. It wants its look back.)

Shannel got something of a redemption arc on All-Stars 1, where she was able to show off her amazing “character illusions” (her Lucille Ball is ON POINT), even if the judges still didn’t give her enough credit, claiming she hadn’t quite captured the essence of Lucy. I mean… 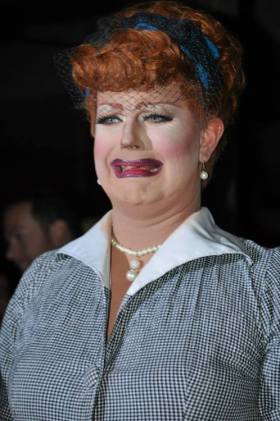 Some people think Chad Michaels—whose laconic stoner sweetness belies the heart of a “drag assassin” (her words)— carried her to the finale, but that’s nonsense. If anything, Shannel’s slightly control-freakish personality meant that she was the one taking charge on most of the challenges—lord knows she didn’t sit back and let Chad take the wheel. As she famously (in my house, at least) said during the celebrity girl group challenge: “I may not be a dancer or a choreographer but I know FIERCE.” Yes, my queen. Yes you do. 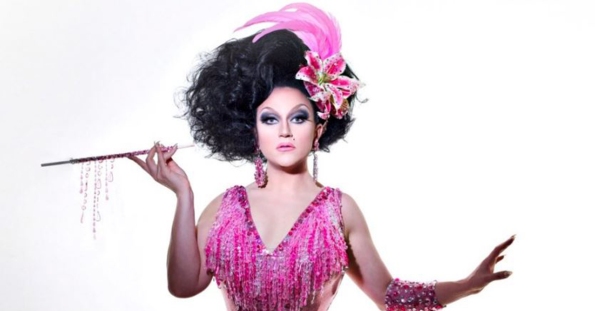 Then I heard DeLa’s backstory, which is touching beyond belief: Basically Ben created the character of DeLa to bring positivity and light into his world and to stave off bouts of depression after the death of his mother. He knows she’s a little obnoxious (hence the “terminal” part) but he also knows that inhabiting someone so optimistic and happy is good for his own spirit and soul.

I already adored DeLa after Season 6, but All-Stars 3 proved that I had stanned wisely. After slaying the competition week after week, she chose to leave on her own terms, eliminating herself and giving Morgan McMichaels—the irresistibly bitchy mean girl of the show—a second chance at glory. This was a controversial decision to some—a few people thought it was disrespectful to Ru, the show, and to the eventual winner. But it actually gave me a life lesson. If you’re in a situation that goes against your moral code, get out of it. Be true to yourself, even if it means breaking the rules. Thanks, DeLa! 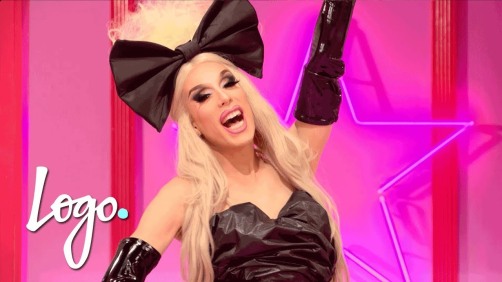 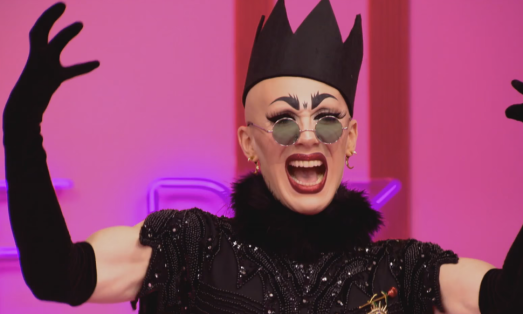 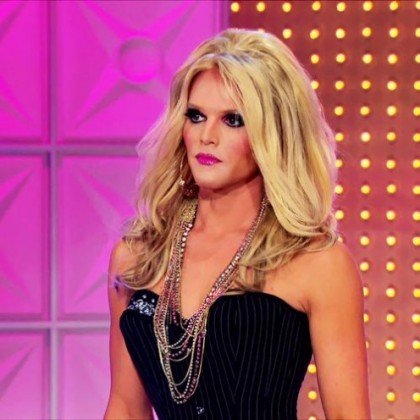 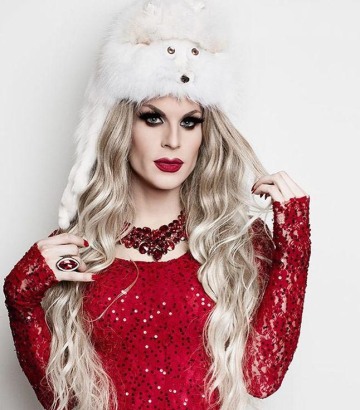 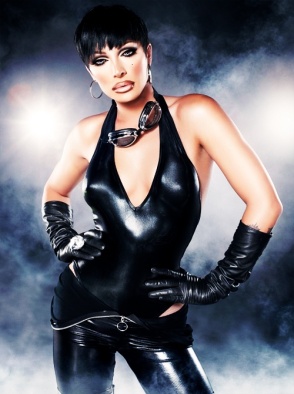 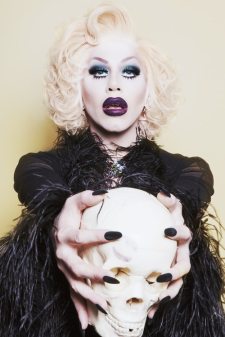 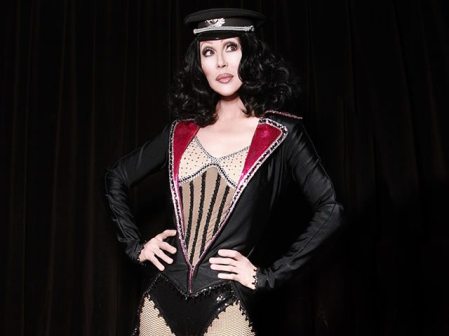 All photos copyright of their respective owners.